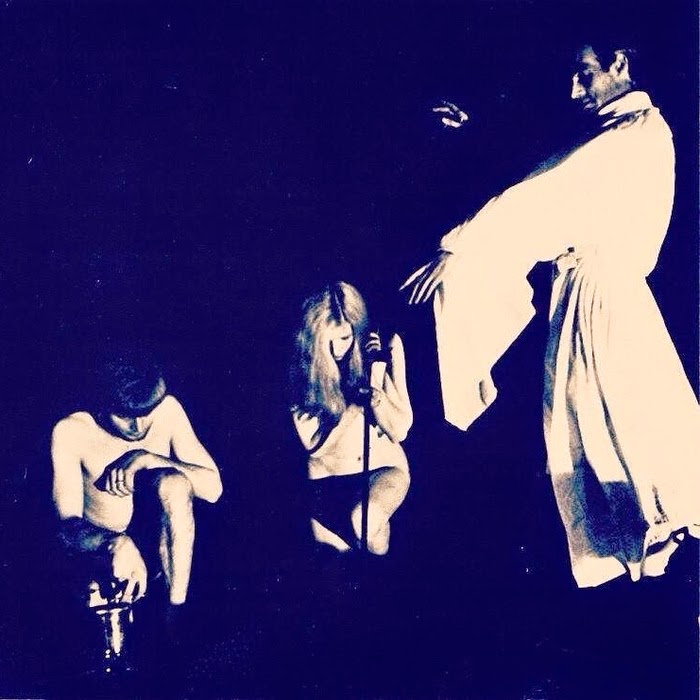 This is the weirdest thing out there. Not necessarily horror music under the strictest definition, nor even music at all if we're going there, it's an audio hallucination. A bad trip inside the head, somehow captured on tape. It's an experimental project that uses many of the elements of movie soundtracks here to tell an overarching narrative on 'Spirits Are Using Me Higher Voices Calling'. Drones abound, strange voices chant or mutter and the atmosphere is thick and weird. The narrative in question focuses on a bizarre cult.

The Finnish band Mansion takes on the persona and tells the story of the real-life cult of Alma Kartano. According to The Implicit Order, this album is "an audio love letter to the New Age and murder cults of the 1980's and 1990's."

The track "Trying to Recruit You" is particularly memorable and actually fascinating as it plays a spoken instruction / recruitment manual over an eerie drone. It discusses recruitment techniques designed to confuse and manipulate then goes into a section which attempts to break down an individual psychologically. That one alone is worth picking up this unsettling album. And why not, there's no asking price, it's a PAY-WHAT-YOU-WANT deal. If nothing else it feels like a lost sequel to the film Beyond the Black Rainbow and wouldn't seem out of place in the discography of Velvet Robe (more on them in the next post). Of course, The Implicit Order has been doing its thing for longer than either of those two things have been around.

As for the bizarre madman behind this cult recording, read the "just the facts" section after the write-up for an interesting bio.

Though not strictly horror, this is the kind of thing I'll throw on when I'm in the mood for something weird, something wherein my mind can wander, something that I can write to.

WARNING! This album is not for the impressionable or the weak minded!


Genre: No genre or scene.

Short Description
The Implicit Order is not involved in any wave, stream, genre or scene.

Bio
The Implicit Order started in 1989 as a Mail Art project and by the early 1990’s it developed into a full time musical project incorporating many of the early Industrial/Experimental ideas of the late 70’s, 1980’s and beyond. The band always tried to inject a sense of the Occult, humor and an off-kilter view into the image and recordings. The Implicit Order was active in the Cassette Culture of the 1990’s up to 2001. In 2002 the band took a break from recording and resumed in 2008. I/O have released many recordings on Cassette, CD, CDR, and digital download and have appeared on various compilations. ..